Luck of the Titanic
(Book)

Description
From the critically-acclaimed author of The Downstairs Girl comes the richly imagined story of Valora and Jamie Luck, twin British-Chinese acrobats traveling aboard the Titanic on its ill-fated maiden voyage.

Southampton, 1912: Seventeen-year-old British-Chinese Valora Luck has quit her job and smuggled herself aboard the Titanic with two goals in mind: to reunite with her twin brother Jamie--her only family now that both their parents are dead--and to convince a part-owner of the Ringling Brothers Circus to take the twins on as acrobats. Quick-thinking Val talks her way into opulent first-class accommodations and finds Jamie with a group of fellow Chinese laborers in third class. But in the rigidly stratified world of the luxury liner, Val's ruse can only last so long, and after two long years apart, it's unclear if Jamie even wants the life Val proposes. Then, one moonless night in the North Atlantic, the unthinkable happens--the supposedly unsinkable ship is dealt a fatal blow--and Val and her companions suddenly find themselves in a race to survive.

Stacey Lee, master of historical fiction, brings a fresh perspective to an infamous tragedy, loosely inspired by the recently uncovered account of six Titanic survivors of Chinese descent.
Also in This Series

Description
"Valora Luck has two things: a ticket for the biggest and most luxurious ocean liner in the world, and a dream of leaving England behind and making a life for herself as a circus performer in New York. Much to her surprise though, she's turned away at the gangway; apparently, Chinese aren't allowed into America. But Val has to get on that ship. Her twin brother Jamie, who has spent two long years at sea, is there, as is an influential circus owner, whom Val hopes to audition for. Thankfully, there's not much a trained acrobat like Val can't overcome when she puts her mind to it. As a stowaway, Val should keep her head down and stay out of sight. But the clock is ticking and she has just seven days as the ship makes its way across the Atlantic to find Jamie, perform for the circus owner, and convince him to help get them both into America. Then one night the unthinkable happens, and suddenly Val's dreams of a new life are crushed under the weight of the only thing that matters: survival." -- Amazon
Target Audience
Ages 12 and up.,G. P. Putnam's Sons.
Similar Series From NoveList
Similar Titles From NoveList
Similar Authors From NoveList
Librarian Reviews
Published Reviews
Citations
APA Citation (style guide)

Note! Citation formats are based on standards as of July 2010. Citations contain only title, author, edition, publisher, and year published. Citations should be used as a guideline and should be double checked for accuracy.
Staff View
Grouped Work ID:
992c4031-9492-3101-50e4-c6147b0dfb3e
Go To GroupedWork 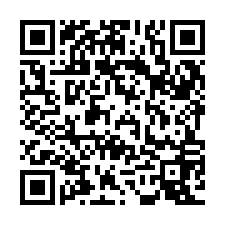